Round Played: with Jack & Trish Raquel and Scott Luecht –

On January 4th 2016 I played the Hokuala Golf Club with Jack and Trish Raquel from Union City, California and Scott Luecht from Grand Rapids, Michigan.  Often times a pick-up group jells wonderfully – this was one of those times. 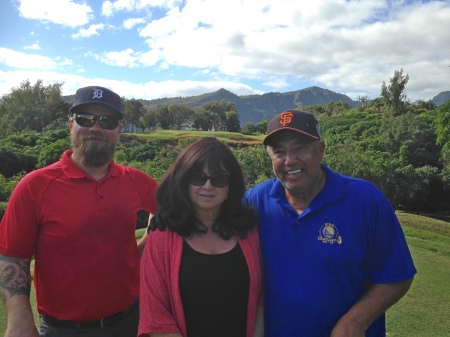 Scott Trish and Jack … these folks are down-right fun to golf with.

The front nine at Hokuala re-opened this day – you bet I wanted to get out and see it.  Time only allowed me nine holes, but I took what I could get. 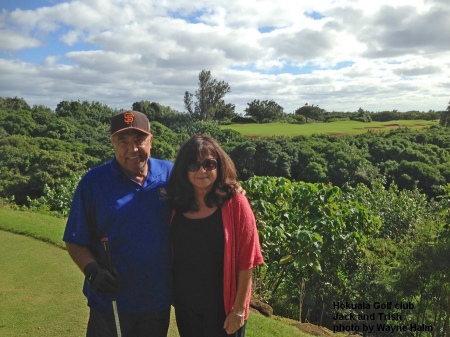 Jack and Trish … I really regretted leaving these folks after only nine holes.

The greens had come a long way, but were not back to the perfect Bermuda the course is known for.

Scott … the greens still have more ‘healing’ to do.

However, the greens had recovered enough to again show breaks that simply aren’t there.

The greens were not a serious issue for us.  We walked off them and onto each tee box talking, laughing, and ready for the next challenge.

Scott frequently lead the way with his ‘grip it and rip it’ style.

It aggravated me sorely to leave this group after nine – I was having fun!  (Did I mention that I had back to back birdies?)  That put a smile on my face.

Wayne with the back to back birdie grin.

This was the way golf should be.  These are fun people.
Scott owns a barbeque restaurant, Two Scotts Barbeque.
Jack is a Senior Project Manager at Cold Storage Group, Inc.
And Trish is simply charming, no other title needed.