Round Played: with Peter Szilva –

Punched Greens and a Rusty Wayne –

On May 2nd 2015 I played the Kauai Lagoons Golf Course with Peter Szilva from Quebec City, Canada.  My wife, Sally, rode along with me.

I had not played in a while and was concerned about being rusty.  But I tagged my first drive long and straight and thought, “This is going to be okay.”  Then the rust clogged up my gears, any rhythm I ever had faded into a distant memory.  By the 8th hole all hopes of a decent score were forgotten.

To say Sally rode with me is misleading.  She had her FitBit on and walked.  She prized each step and woo-hooed at each thousand.

Sally did stand still long enough to take some pictures for us.  Though I wish she hadn’t recorded my efforts in such detail. 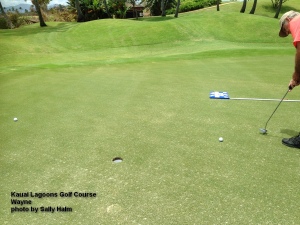 A punched green and a slope – not a good combination.

It is what it is.

Peter is a great guy, he was striking the ball well.  I enjoyed golfing with him – he laughed with me, not at me.  (I  really was playing poorly.) 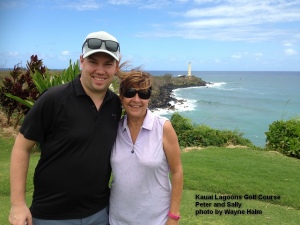 My score was hopeless and Sally switched over to ‘coaching’ Peter.   She is good at it – and coached him into a birdie on 16. 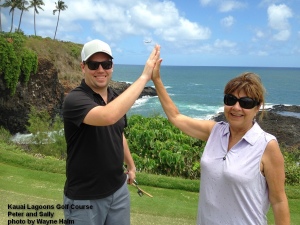 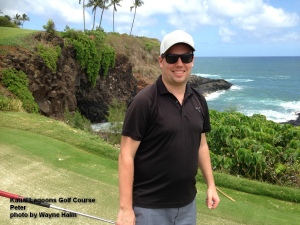 Oh yeah, that is a Birdie Smile.

This day did not work out exactly as I had hoped – but I was having fun on a golf course so it was a good day.  That’s the way golf should be.